It’s a ritual in the smoldering heat of passion: Your eyes staring into his. Your fingers stroking the length of his shaft. You slowly unfurl the condom over his penis with your mouth, your tongue darting in and out as he groans— What does pleasure taste like? Make your story below! ₱ 1.995,00
Got questions? Let us help: Read our informative guides below or check out the help section.

How to get the good vibes?

The most thrust-worthy sex toy?

Sex toys that are worth the weight?

Ready for your next booty conquest? Better latex than never: How you and your partner can get a bang out of using condoms

Do you wish condoms weren’t so awkward to use? We got you covered.

You’ve probably seen people frown upon condoms and how they’re very awkward to use. But that doesn’t have to be the case!

In simple terms, a male condom is a thin pouch that collects semen from the penis. And believe it or not, it’s been around to foster sexual health for very long—about 13,000 years.

Early Asian civilizations got down and dirty on animal horns and intestines, even tortoise shells. Condoms even made a Renaissance in Italy through chemical-soaked and ribboned linen, though they left much to be desired.

Fortunately for our generation, modern condoms are mostly made out of latex for the pleasure of men and women alike.

The condom is now one of the most accessible ways of preventing pregnancy and STDs. It’s one of the most reliable ones too. Planned Parenthood says it’s 98% effective when used correctly. Otherwise, its effectiveness drops to 85%.

So here are five simple steps to make it count:

When it comes to birth control, there’s nothing sexier than playing it safe. Why not indulge in NOTI’s condoms for your sexual well-being?

NOTI values your privacy above all, especially when it comes to shipping. We’ll handle your personal information with the utmost discretion. Just enjoy yourself, and leave the rest to us!

How effective are condoms in preventing pregnancy?

As per Planned Parenthood, condoms are 98% effective if you use them correctly. That means you should rolling it all the way down the shaft of the penis, as well as using a new one for every penetration. Otherwise, the effectiveness drops to about 85%.

Can condoms prevent the spread of STDs?

Yes, but not always. Condoms are effective against STDs spread through bodily fluids (e.g. chlamydia, gonorrhea). Unfortunately, they’re not much protection against those contracted via skin-to-skin contact (e.g. genital herpes, syphilis).

How can I check if a condom is safe to use?

Before using a condom, check for three things. Ensure you’re not using it past its expiration date. See to it that the packaging is not damaged in any way. And make sure that the condom itself isn’t torn, dry, or sticky.

Can I reuse a condom?

Won’t using condoms ruin the moment for me and my partner?

A lot of people say they don’t like using condoms because putting it on is an awkward interruption during their good time. But this doesn’t have to be the case! Get creative by incorporating the latex in your foreplay, and you’d be surprised. 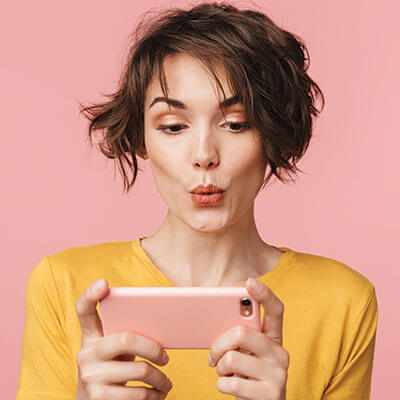 Time to find your lover!

Take me back up

Get new products and offers, directly to your inbox

You must be 18+ and accept cookies to visit this site. Learn more.